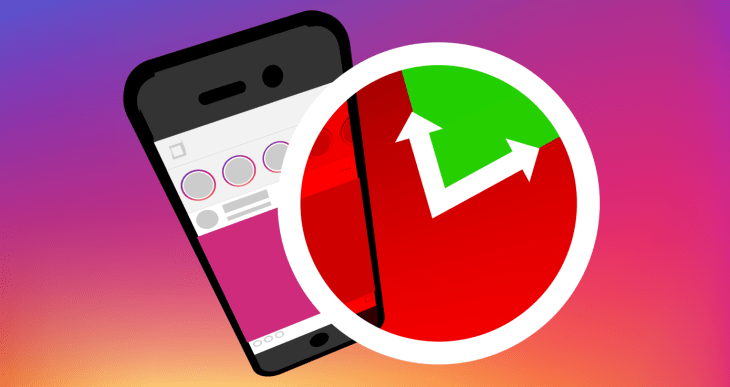 Instagramusers who miss the reverse chronological feed might get a new way to see the most recent pics and videos from who they follow. Instagram has been spotted internally prototyping a “Latest Posts” feature. It appears as a pop-up over the main feed and brings users to a special area showing the newest content from their network. 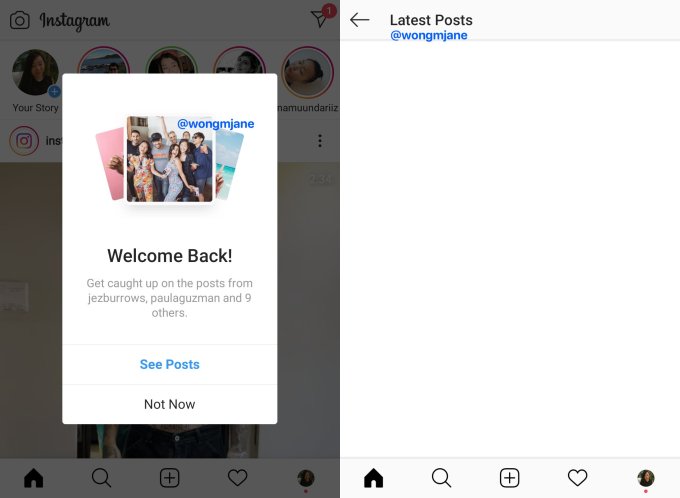 For now, this doesn’t look like a full-fledged “Most Recent” reverse-chronological feed option like what Facebook has for the News Feed. But if launched, Latest Posts could help satisfy users who want to make sure they haven’t missed anything or want to know what’s going on right now.

The prototype was discovered byJane Manchun Wong, the master of reverse engineering who’s provided tips to TechCrunch on scores of new features in development by tech giants. She generated the screenshots above from the code of Instagram’s Android app. “Welcome Back! Get caught up on the posts from [names of people you follow] and 9 more” reads the pop-up that appears over the home screen. If users tap “See Posts” instead of “Not Now”, they’re sent to a separate screen showing recent feed posts.

We’ve reached out to Instagram for a confirmation of the prototype, more details, and clarification on how Latest Posts would work. The company did not respond before press time. However, it has often confirmed the authenticity of Wong’s findings, and some of the features have gone on to officially launch months later.

Back in mid-2016, Instagram switched away from a reverse-chronological feed showing all the posts of people you follow in order of decency. Instead, it forced all users to scroll through a algorithmic feed of what it thinks you’ll like best, ranked based on who and what kind of content you interact with most. That triggered significant backlash. Some users thought they were missing posts or found the jumbled timestamps confusing. But since algorithmic feeds tend to increase engagement by ensuring the first posts you see are usually relevant, Instagram gave users no way to switch back.

Instagram previously tried to help users get assurance that they’d seen all the posts of their network with a“You’re All Caught Up”insert in the feed if you’d scrolled past everything from the past 48 hours. Latest Posts could be another way to let frequent Instagram users know that they’re totally up to date.

That might let people close the app in confidence and resume their lives.

Pixel Live Caption may be coming to the Chrome browser - SlashGear

Where is the best place to buy Powerbeats 4? – iMore

Call of Duty: Mobile May be Getting The Gulag Soon – IGN India