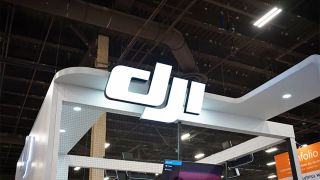 Besidesthose dronesthat it keeps building, DJI has been keen to expand into other areas of hardware in recent years, and it looks as though a remote-controlled car could be next off the production line.

That’s as per newly filed patents spotted byDroneDJ, detailing a rugged little buggy with an on-board camera – it’ll be just like shooting footage from a drone, except from the ground.

According to the documents, the car will come with four wheels that rotate 360 degrees, giving the vehicle the ability to get over the most rugged terrain, and to turn around in tight spaces.

Up on top is a camera that looks similar to the ones used in the Inspire drones. The car is also fitted with a variety of tech to minimize camera shake and to keep footage steady during movement.

It’s a move that would make sense for DJI, expanding its line of movie-making gadgets while potentially using the same cameras and batteries that it’s already making for use in its airborne drones.

Serious filmmakers could deploy a roving remote control buggy and a drone together, enabling them to capture whatever was happening from a variety of different angles.

Another patent uncovered at the same time hints that DJI is also busy preparing another dedicated gimbal device, one which could be used with a variety of other equipment (including a remote-controlled car) for super-stable footage.

Of course, as with all of the patent applications that we feature, this is no guarantee that DJI will ever launch a product like this – but it does give a clear indication of what the company is thinking about developing.

Microsoft offers up to $20000 in Xbox bug bounty – BetaNews

Call of Duty Warzone is Too Big For Coronavirus Self-Isolators – CCN.com

CES 2020: Rise of cloud gaming and death of the video game console – CNET